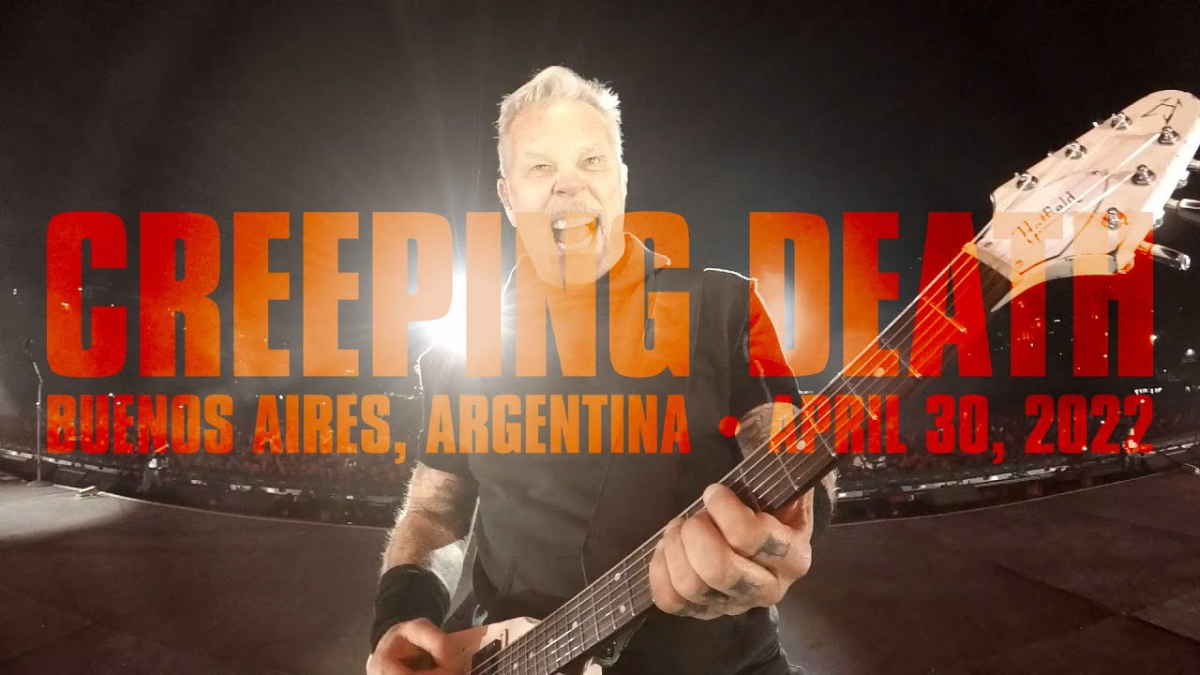 (hennemusic) Metallica are sharing pro-shot video of a performance of their 1984 classic, "Creeping Death", from an April 30 concert at Campo Argentino de Polo in Buenos Aires, Argentina.

The track from the group's second album, "Ride The Lightning", was featured as part of the band's set during the second show of a rescheduled South American tour that opened in Santiago, Chile three nights earlier.

Following the conclusion of the series in Belo Horizonte, Brazil on May 12, the band will next be seen appearing at Major League Baseball's San Francisco Giants' 8th annual Metallica Night AT &T Park on May 24 before playing two US events - Bottlerock in Napa Valley, CA on May 27 and Boston Calling on May 29.