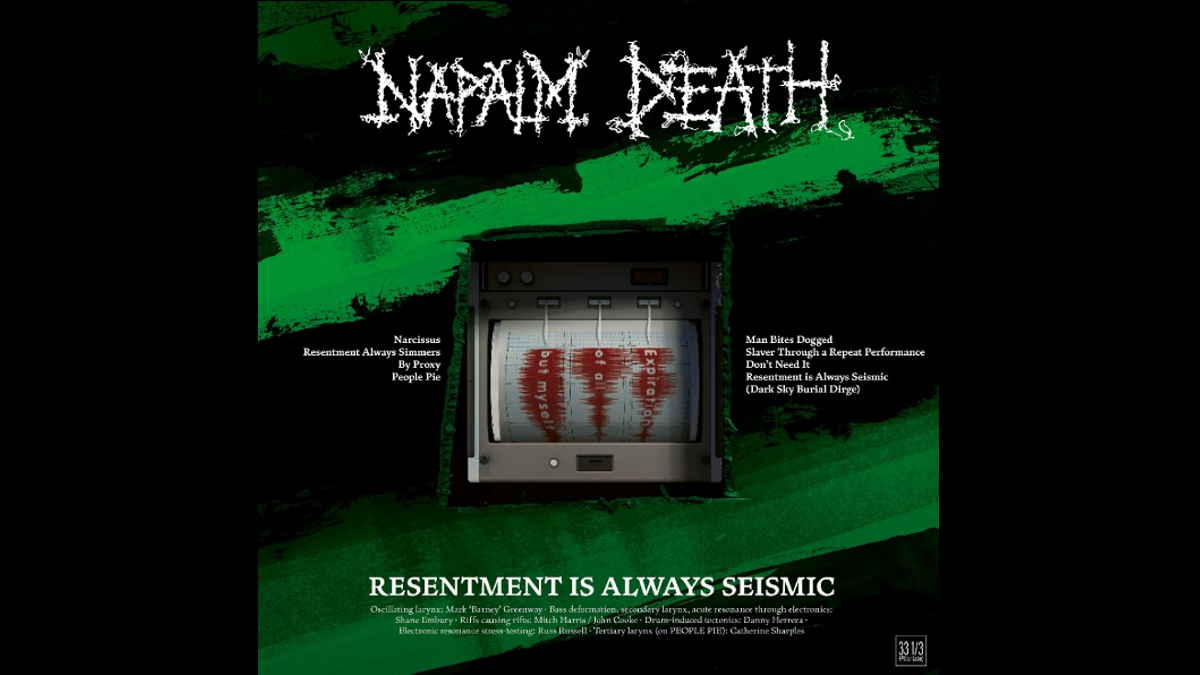 Napalm Death celebrated the release of their new mini-album by sharing a visualizer video created by Chariot Of Black Moth for the record's final track "Resentment is Always Seismic (Dark Sky Burial Dirge)".

The new mini-album "Resentment is Always Seismic - a final throw of Throes" is billed as the partner recording to the band's 2020 release, "Throes Of Joy In The Jaws Of Defeatism".

Frontman Mark "Barney" Greenway explains, "You can certainly consider 'Resentment Is Always... 'as an extension of - or partner recording to - the 'Throes...' album.

We had long since wanted to put a mini-album out - in the spirit of the old days - and found we had enough quality tracks even after all the 'Throes...' bonus tracks to do that. Hopefully this mini holds some nice twists in its own right for people, and certainly covering 'People Pie"'by Slab! made us really stretch ourselves, which feels great artistically.

"In the end, resentment is certainly seismic - it can trigger the complete erosion of humanity in many situations. That was the point that I really wanted to hammer home overall." Watch the visualizer below: