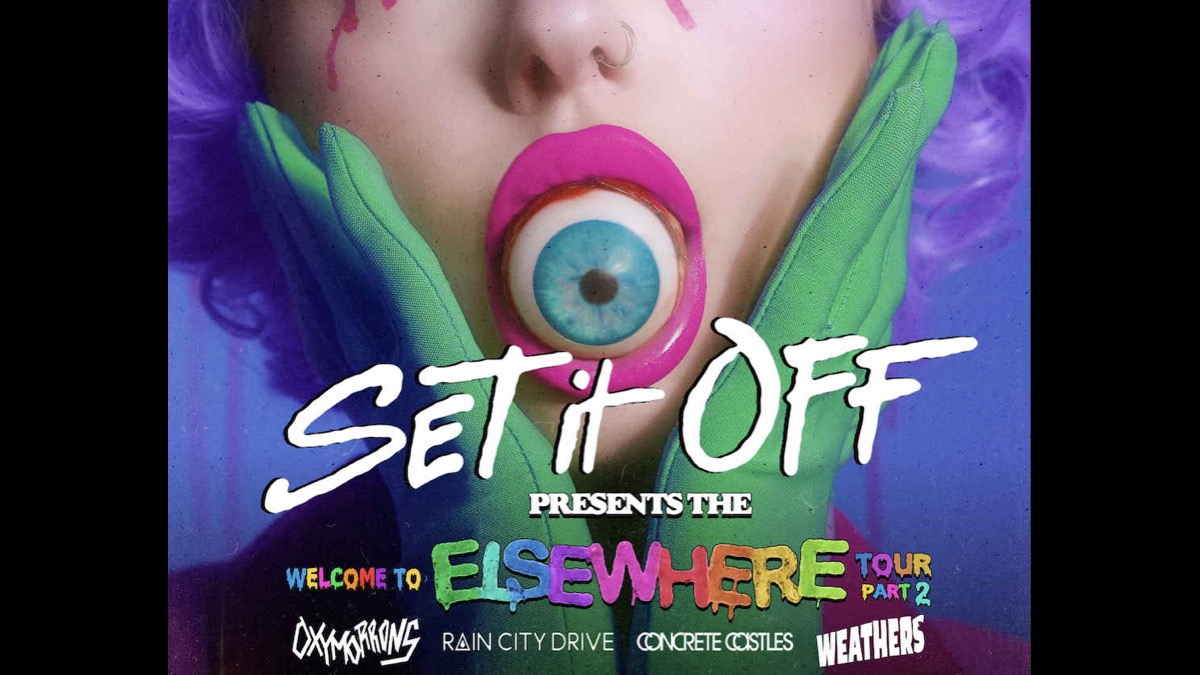 Set It Off have announced that they will be returning to the road this August and September a new North American headline tour called the Welcome to Elsewhere Tour Part 2.

They are launching the trek to promote their latest album, "Elsewhere", and have recruited Oxymorrons, Rain City Drive, Concrete Castles, and Weathers, to support them on this tour leg.

The tour kicks off on August 30th in Montreal at Fairmount Theatre and wrap up on September 27th in Seattle. Tickets go on sale on Friday, July 8 at 10am local time.

Prior to the tour, Set It Off will also appear with Sum 41 and Simple Plan at four dates in late August. These are makeup shows from earlier this year.

Set It Off Share 'Skelton' Video And Announce Tour

News > Set It Off