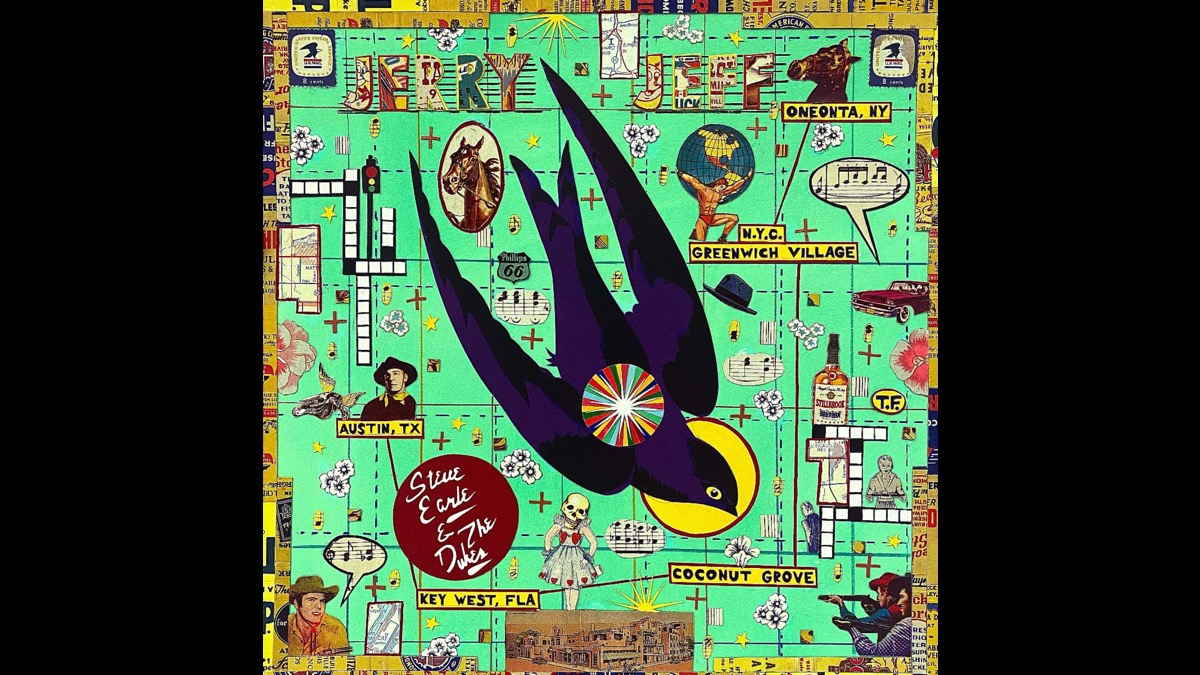 (MixedMediaWorks) Steve Earle has shared his soulful rendition of Jerry Jeff Walker's classic tune "Mr. Bojangles." On Jerry Jeff - Earle's forthcoming 10-track collection set for release on May 27 via New West Records - he pays tribute to Walker, the influential cowboy troubadour who passed away on October 23, 2020.

After performing in Texas at a concert celebrating Walker's life, Earle took his band, The Dukes, to Electric Lady Studios in New York, where they recorded 10 of Walker's songs.

"There was a time in my life when I wanted to be Jerry Jeff Walker more than anything else in this world," Earle writes in the liner notes. "Looking back, it must have been more than obvious that, having yet to find a voice or persona of my own, I was emulating my hero; the Jerry Jeff we had all come to know and love, the Gypsy Songman, who had arrived at the perfect moment to stand at the Austin epicenter of the latest chapter in the evolution of what was, then, referred to as Progressive Country."

Earle was 14 when he first heard Walker. His high school drama teacher gave him a copy of "Mr. Bojangles," Walker's classic ballad about an unforgettable character he met in a New Orleans jail. After Earle moved to Nashville in the 1970s, he had the opportunity to get to know Walker, who enlisted him as his designated driver.
"There's a tendency to think of Jerry Jeff around a relationship to one song," Earle says, referring to "Mr. Bojangles," which was covered by everyone from Bob Dylan to Sammy Davis Jr. "He was also such a great interpreter of other people's songs. But my main purpose in recording this album was to remind people that he wrote a lot of f***ing great songs."

Recently, Earle joined WNYC and NYPL's Get Lit with All Of It with Alison Stewart book club series on May 2. The event, hosted by WNYC's Alison Stewart, featured an interview with author Jennifer Egan regarding her new novel, The Candy House, followed by performances from Earle and an interview about Coal Country, JERRY JEFF, and more. You can watch a stream of the event HERE.

Fans can see Earle and The Dukes perform some of these songs and more live during their summer tour, which kicks off on June 1. The group has also added new tour dates to their itinerary, which includes dates in Los Angeles and a concert in San Francisco benefiting Wavy Gravy's Camp Winnarainbow. Stream the new song below: