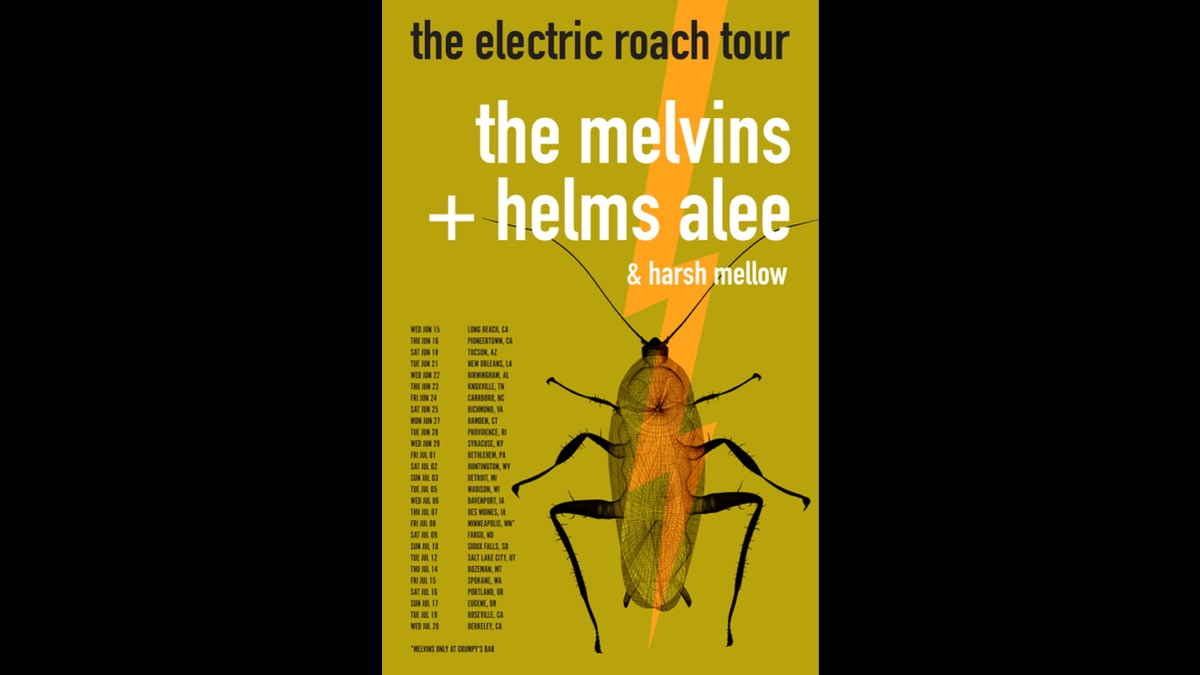 The Melvins have announced that they will be launching their first headline tour since 2019 this summer when they hit the road for their The Electric Roach Tour.

The new trek will feature support from Helms Alee and Harsh Mellow and is set to kick off on June 15th in Long Beach, CA at Alex's Bar and will wrap up on July 20th in Berkeley, CA at Cornerstone Berkeley.

Frontman Buzz Osborne had this to say, "It's nice to be able to tour!! We were wondering if it would even be possible again. It's been years since we played these places. The amazing Ministry tour was a warmup for this!"

Tickets for go on-sale this Friday at 10 am local time. See the dates below: