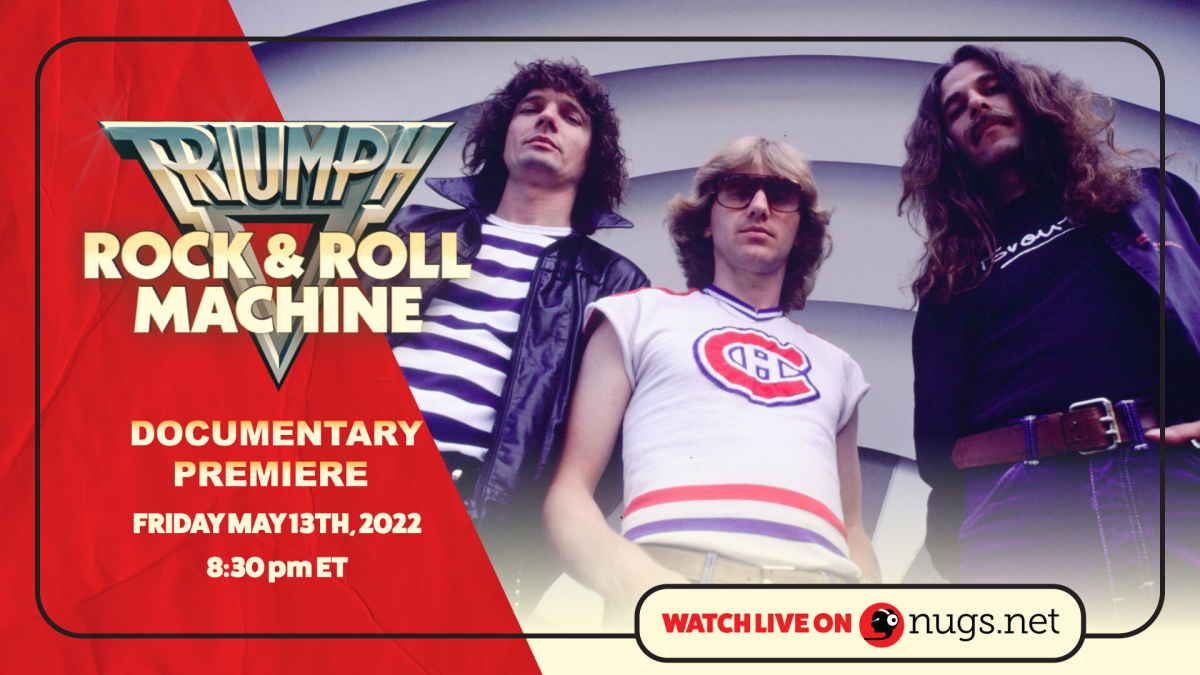 (hennemusic) The Triumph documentary, "Rock & Roll Machine", will see its global premiere next month on live music streaming site nugs.net that will include a special moderated Q&A with all three band members.

The 2021 film culminates in a live reunion as the Triumph delivered a three-song set that marked the band's first performance in 11 years, as well as its first as a pure three-piece power trio in 31 years.

"The Triumph story was compelling to me, Marc, and the Banger team because it was an opportunity to piece together a broken puzzle," says Sam Dunn (who co-directed the film with Marc Ricciardelli). "We wanted to know how and why the band dissolved at the peak of their powers."

Read more and get details about the global nugs.net premiere here