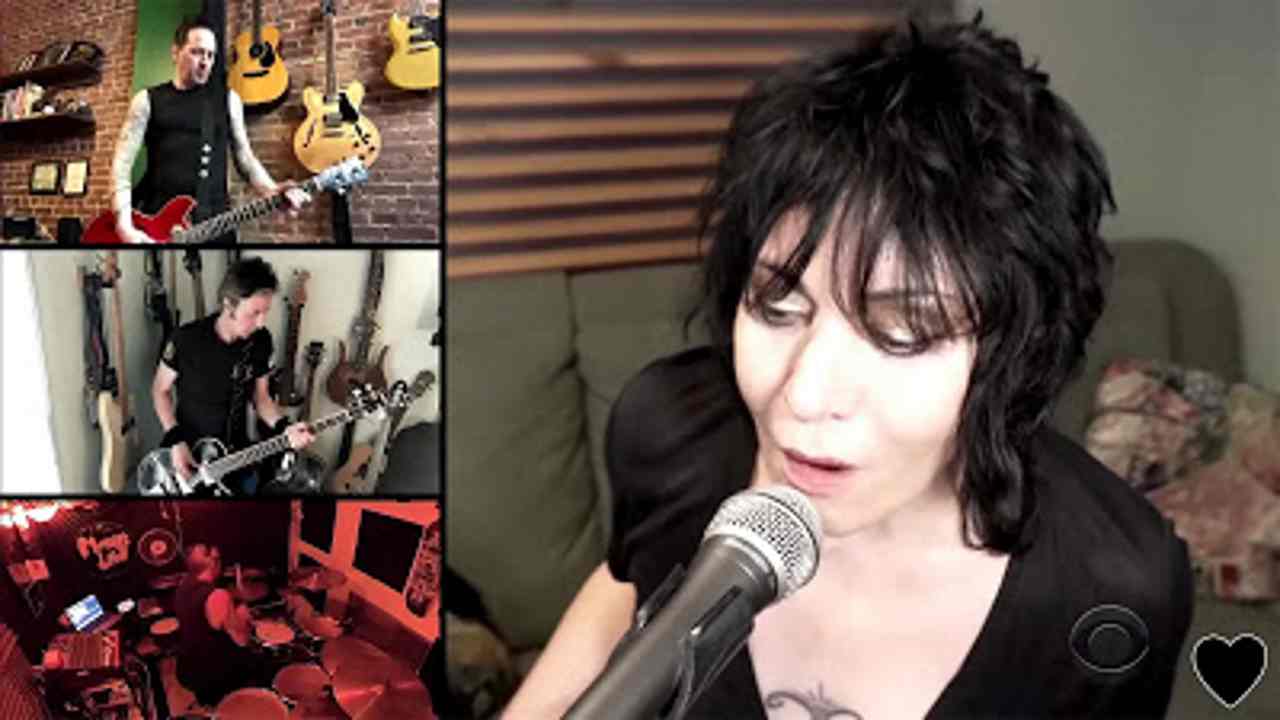 (hennemusic) Joan Jett performed her cover of the 1971 T. Rex classic, "Jeepster", on CBS-TV's The Late Late Show with James Corden on September 10th and video of the performance has been shared online.

Jett recorded a version of the track for the newly-released tribute to the UK rockers, "AngelHeaded Hipster: The Songs of Marc Bolan and T. Rex." The second single from "Electric Warrior", "Jeepster" hit No. 2 on the UK charts while the project hit No. 1 in the country, where it stayed for 8 straight weeks.

The new tribute record features new versions of 26 tracks by the pioneering glam rock group from their runs as Tyrannosaurus Rex and T. Rex between 1968-77; the set features contributions from U2 with Elton John, Todd Rundgren, Perry Farrell, David Johansen, Sean Lennon and Victoria Williams, among others.

T. Rex founder Bolan released a dozen studio albums with the band before his fall 1977 death from a car accident near his UK home. Watch the TV performance here.

Joan Jett Shares 'I Hate Myself For Loving You' Home Video