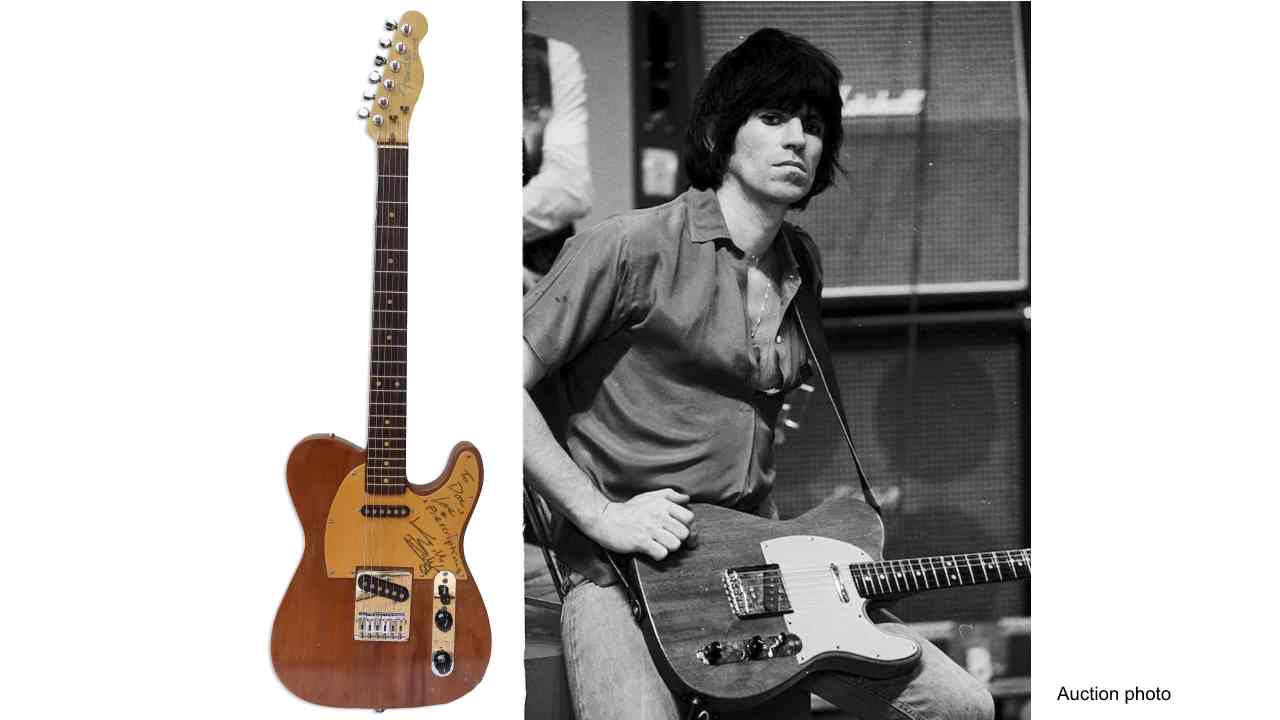 (hennemusic) A guitar used by Keith Richards during the recording and tour for The Rolling Stones 1978 album, "Some Girls" will be auctioned off in Los Angeles on September 24th.

With bidding starting at $1.2 million, Nate D. Sanders Auctions will host the event for the guitar, which is signed and is inscribed: ''To Doc, Love & Prescriptions / Keith Richards.''

The guitar was custom-made for Richards by his go-to luthier Ted Newman Jones, whose mother-of-pearl inset on the back of the guitar reads ''N 77,'' indicating the year it was made, shortly before the recording sessions for ''Some Girls'' in October 1977.

Richards is photographed holding the guitar in ''Rolling Stones Gear: All the Stones' Instruments from Stage to Studio'' by Andy Babiuk and Greg Prevost, and guitar is further accompanied by a Letter of Authenticity by Babiuk who writes at length about it, giving the history of the guitar.

The letter reads in part, ''This instrument was a guitar that Newman built for Keith copying the style of a Fender Telecaster body and using an actual Fender Telecaster Rosewood Model neck...Keith used the guitar as Newman originally built it for the Rolling Stones Some Girls recordings, video and on the 1978 Some Girls tour.'' Read more here.