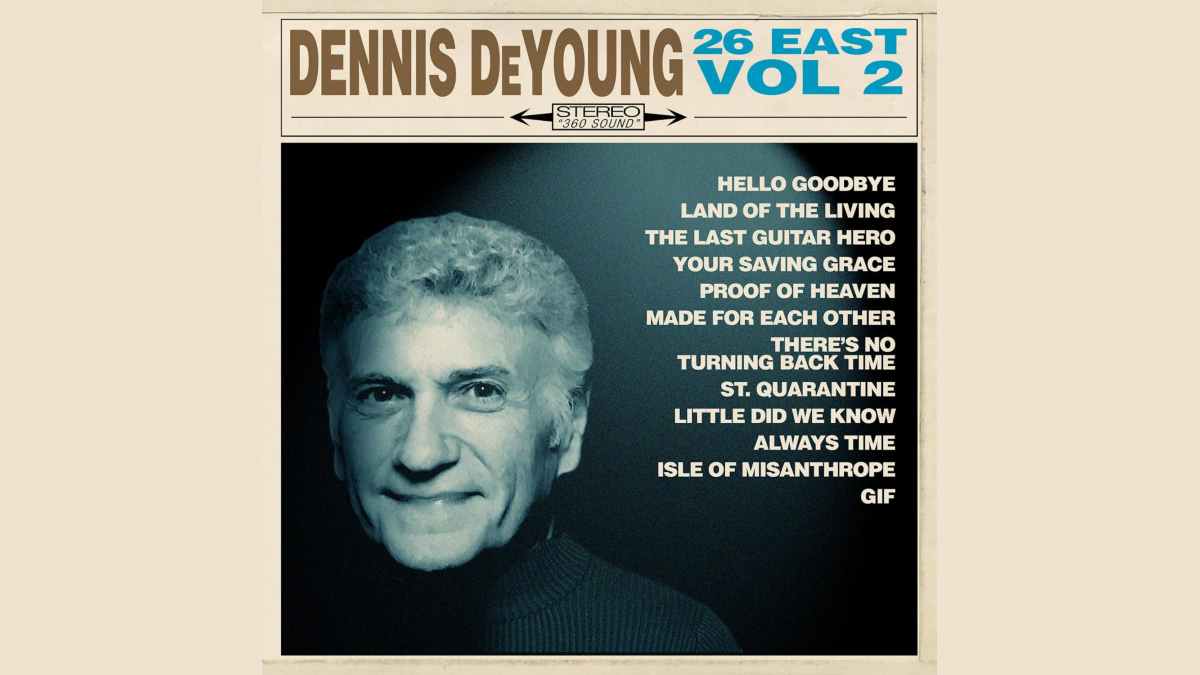 Former Styx frontman Dennis DeYoung has released a music video for his new song "Isle Of Misanthrope." The song is the first single from his final studio album.

Dennis will be releasing that record, entitled "26 East, Vol. 2" and named after the street that he grew up on in Roseland, Il, on June 11th. He had this to say, "The last album was supposed to be my final album, but there were so many songs written that Serafino [Perugino] of Frontiers suggested dividing it into two albums rather than one."

He said of the musical direction of the new record, "My musical goals for this album are the same as they have always been and that's to write the best songs possible and make great sounding records out of them. By now, Styx fans know pretty much what they can expect and I hope they will be pleased. I am".

DeYoung said of the new single, "When people ask 'What's the first single "Isle of Misanthrope" about?', I reply "About 6 minutes." Not to be too cute, but the lyrics are a riddle wrapped in a mystery inside an enigma.

"Wait that's Winston Churchill's statement about the Soviet Union. Sorry. 'Misanthrope', metaphorically speaking (ooooh look, big words) is a commentary on the contemporary state of mankind under the guise of ancient times.

"The more things change the more they remain the same. Also, 'Isle of Misanthrope' is my musical journey back to the days of Styx's 'Equinox' and 'Suite Madame Blue', as I attempt to explain the exasperating and confounding nature of mankind through metaphor. It's got a good beat, but won't be a hit at the disco." Watch the video below:

Dennis DeYoung Releases 'With All Due Respect' Video