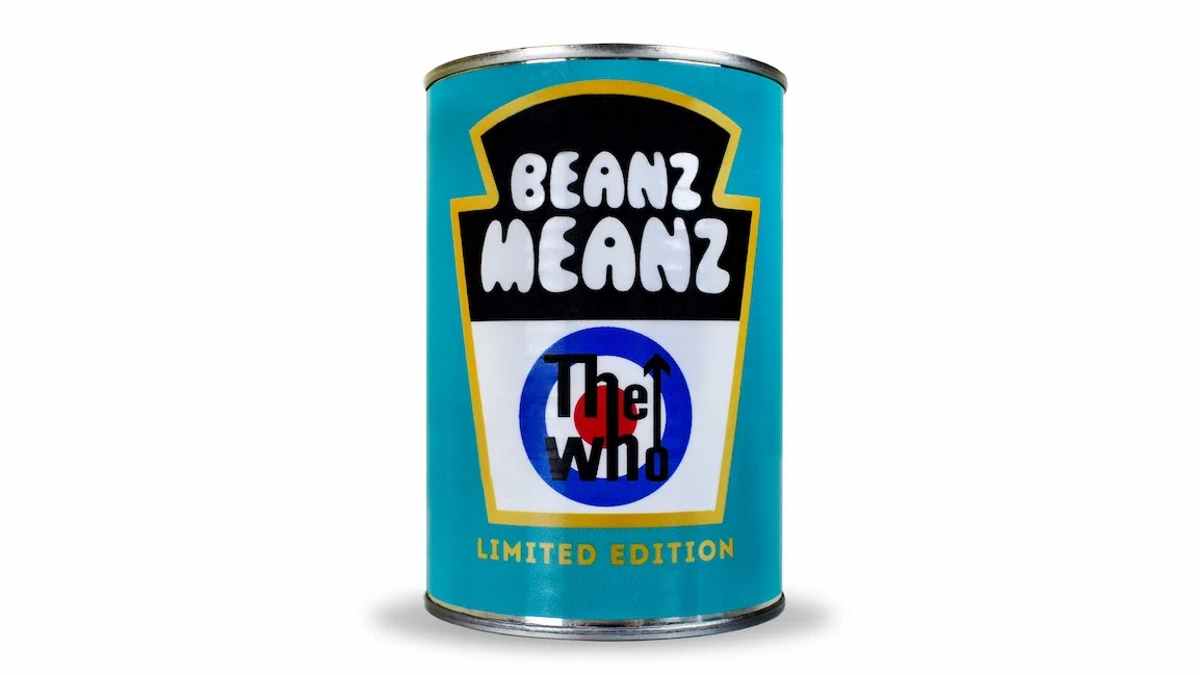 (hennemusic) The Who have teamed up with Heinz to launch a charity project in sync with the April 23 reissue of the band's 1967 album, "The Who Sell Out."

The project's cover art features Roger Daltrey holding a giant can of Heinz Beans while sitting in a bath full of the beans, while the record - a loose concept album including jingles and commercials linking the songs stylized as a pirate radio broadcast - features a track entitled "Heinz Baked Beans."

More than 50 years later, the two brands are reuniting to sell a limited-edition run of "Beanz Meanz The Who" cans, with proceeds from US sales raising funds for Teen Cancer America, while a series of UK cans will support the child hunger charity Magic Breakfast and cancer support charity Teenage Cancer Trust - Heinz and The Who's respective charity partners.

The US cans sold-out on their first day - April 12 - while a giant, hand-signed empty version of the limited-edition UK can is also being auctioned off for the charities via givergy.uk from Thursday, April 15 - Sunday, April 25.

"I don't know anybody who doesn't like Heinz Beanz, they're great," says Daltrey. "They're so simple; you put your eggs on, you put your toast on, you click your toaster, you time your eggs, and you put the beans in a pan, and it all comes together all in one lump. It's great. For someone who can't cook like me, it's the most magical breakfast you can have: poached eggs and beans on toast." Read more and stream "Heinz Baked Beans" here.