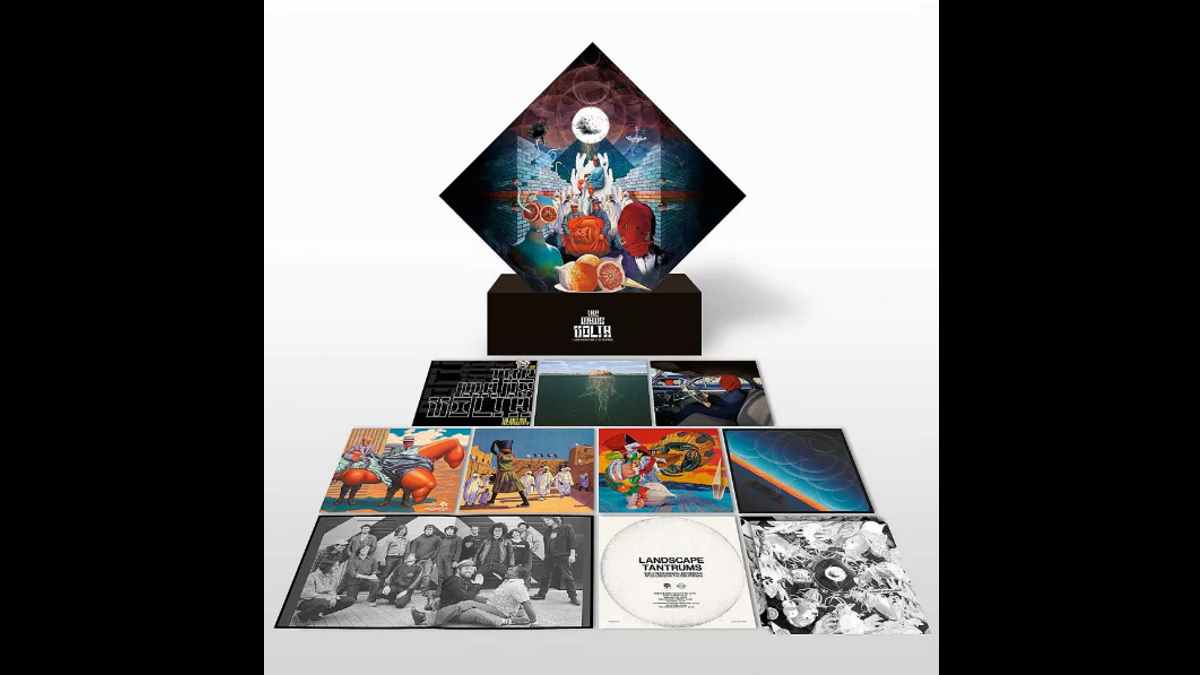 A few lucky The Mars Volta fans will soon be able to get their hands of a massive career-spanning box set entitled "La Realidad De Los Suenos" that will be limited to just 5000 copies.

The vinyl box set will be released on April 23rd and will feature 18 albums, along with the early EP Tremulant and Landscape Tantrums, plus they are including some unfinished original recordings that they made for their debut album "De-Loused In The Comatorium."

The band had this to say, "La Realidad De Los Suenos is literally 'the reality of dreams' for the numerous The Mars Volta fans all around the world. It not only contains the band's whole studio discography but also some true treasures like Landscape Tantrums, unreleased material from the De-Loused In The Comatorium Sessions and a photo-book with exclusive behind-the-scenes shots.

"The 18 LP set is limited to 5.000 copies, pressed on 180 gram black vinyl and comes with a characteristic and The Mars Volta-esque designed box. Rack included and ready-made for a perfect presentation."