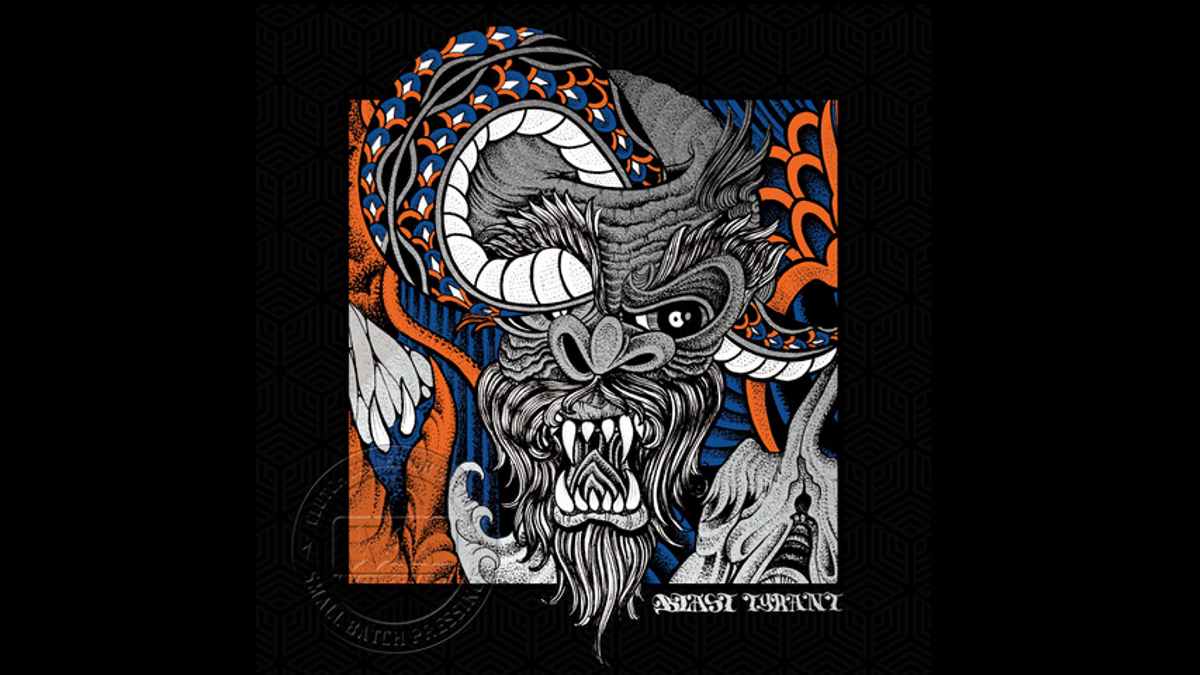 (hennemusic) Clutch are launching a limited-edition series of vinyl reissues this spring with the June release of their 2004 classic, "Blast Tyrant." The "Blast Tyrant" vinyl reissue is limited to 5,000 units worldwide.

"I worked with the album's original artist Chon Hernandez to create a new look and feel for the 'Clutch Collector's Series' release of 'Blast Tyrant'," explains Gaster. "Chon did an amazing job drawing the 'Blast Tyrant' to look 20 years older and wiser. We selected new colors for the jacket, sleeves, and vinyl to make a completely new package."

The album has been remastered and is manufactured on 180-gram colored vinyl. The gatefold jacket is printed on metalized polyester paper and embossed with the official "Clutch Collector's Series" seal. The double-LP set is sleeved in extra heavy stock paper and includes a numbered insert autographed by the band.