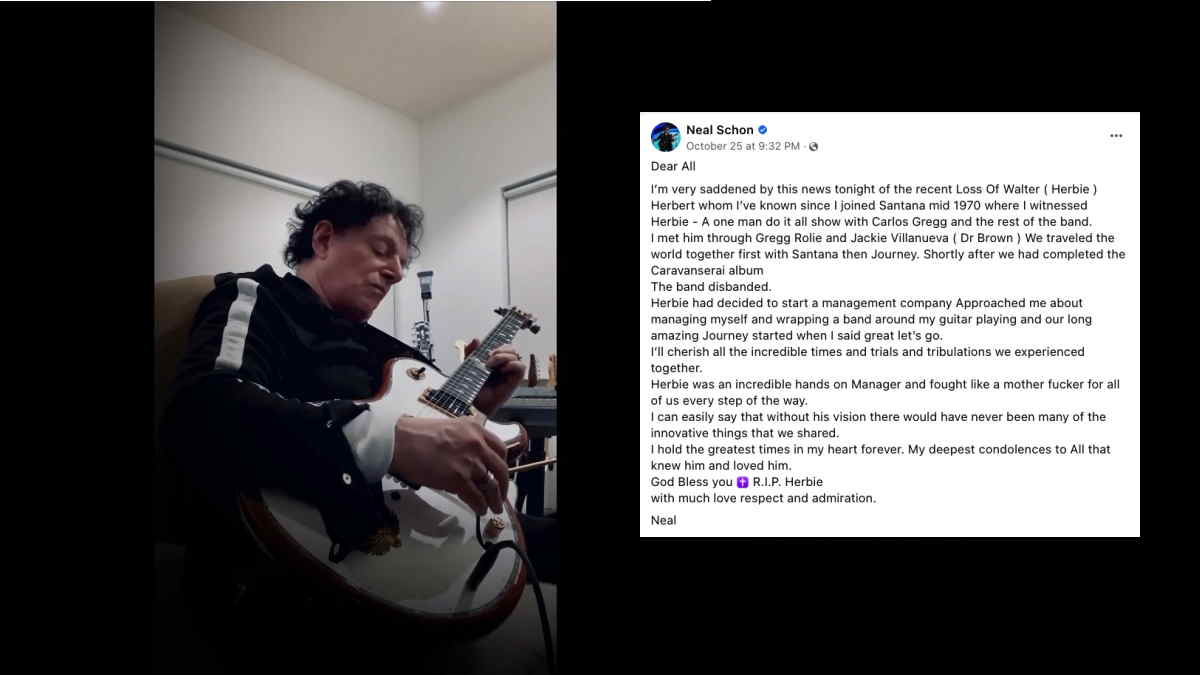 Journey guitarist Neal Schon took to social media to pay tribute to the band's former manager "Herbie" Herbert, who died in his home in Orinda, CA on Monday (Oct 25) of natural causes at the age of 73, according to media reports.

Walter James "Herbie" Herbert II, famously went from being a Santana roadie to managing the band's offshoot Journey for over two decades, he also was involved in managing bands like Mr. Big, Enuff Z'nuff, Europe and Roxette.

Schon shared a video tribute clip via his official Facebook on Monday. He also wrote, "I'm very saddened by this news tonight of the recent Loss Of Walter ( Herbie ) Herbert whom I've known since I joined Santana mid 1970 where I witnessed Herbie - A one man do it all show with Carlos Gregg and the rest of the band.

"I met him through Gregg Rolie and Jackie Villanueva ( Dr Brown ) We traveled the world together first with Santana then Journey. Shortly after we had completed the Caravanserai album The band disbanded.

"Herbie had decided to start a management company Approached me about managing myself and wrapping a band around my guitar playing and our long amazing Journey started when I said great let's go.

"I'll cherish all the incredible times and trials and tribulations we experienced together. Herbie was an incredible hands on Manager and fought like a mother f***er for all of us every step of the way.I can easily say that without his vision there would have never been many of the innovative things that we shared.

"I hold the greatest times in my heart forever. My deepest condolences to All that knew him and loved him. God Bless you R.I.P. Herbie with much love respect and admiration. Neal" Watch Neal's tribute video here.