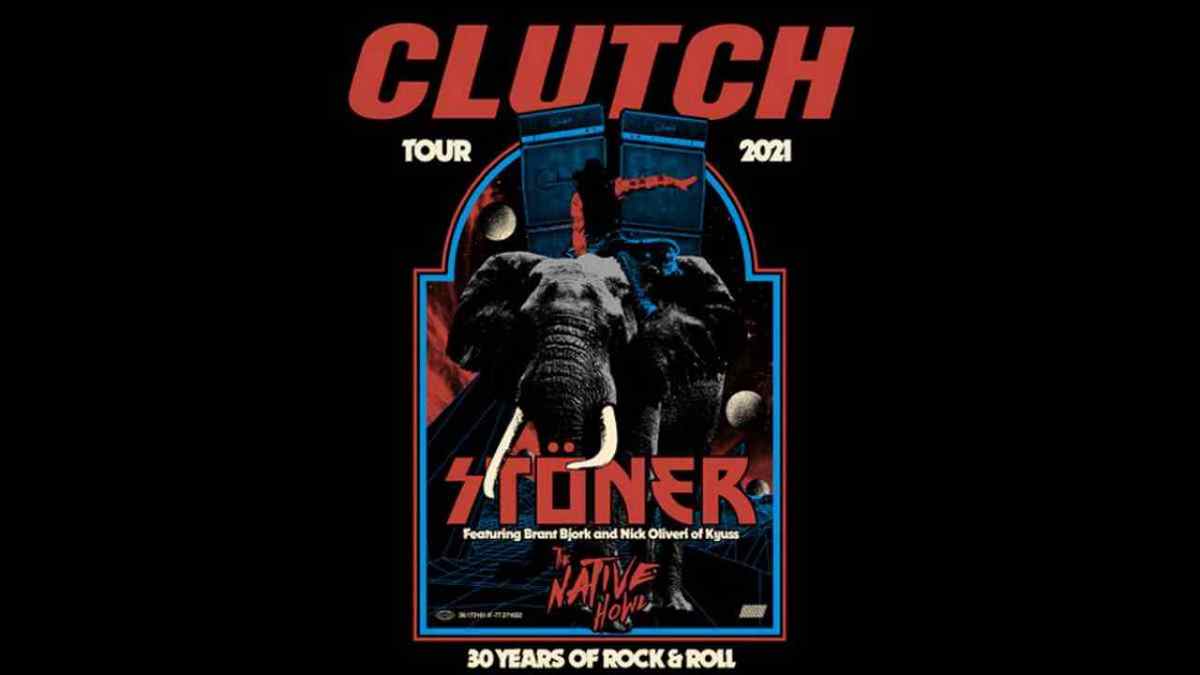 (hennemusic) Clutch debuted a new song, apparently titled "Strive For Excellence", during a September 5 performance at the Alaska State Fair in Palmer, Alaska and fan filmed footage of the performance has been shared online.

The event marked the Maryland band's first live show of the year and the first of their fall US tour. The first leg of the series will wrap up in Washington, DC on October 11, and will be followed by the group's traditional run of Christmas holiday gigs during the last week of the year.

Clutch's most recent studio album is 2018's "Book Of Bad Decisions"; the group has since issued the compilations "Monsters, Machines, and Mythological Beasts" and "The Weathermaker Vault Series, Volume 1", and the concert recording of "Live From The Doom Saloon Vol. 2."

Frontman Neil Fallon confirmed the band were working on new music during the pandemic, tweeting on July 18: "Today we started pre-production for the next Clutch release." Watch the fan video here.