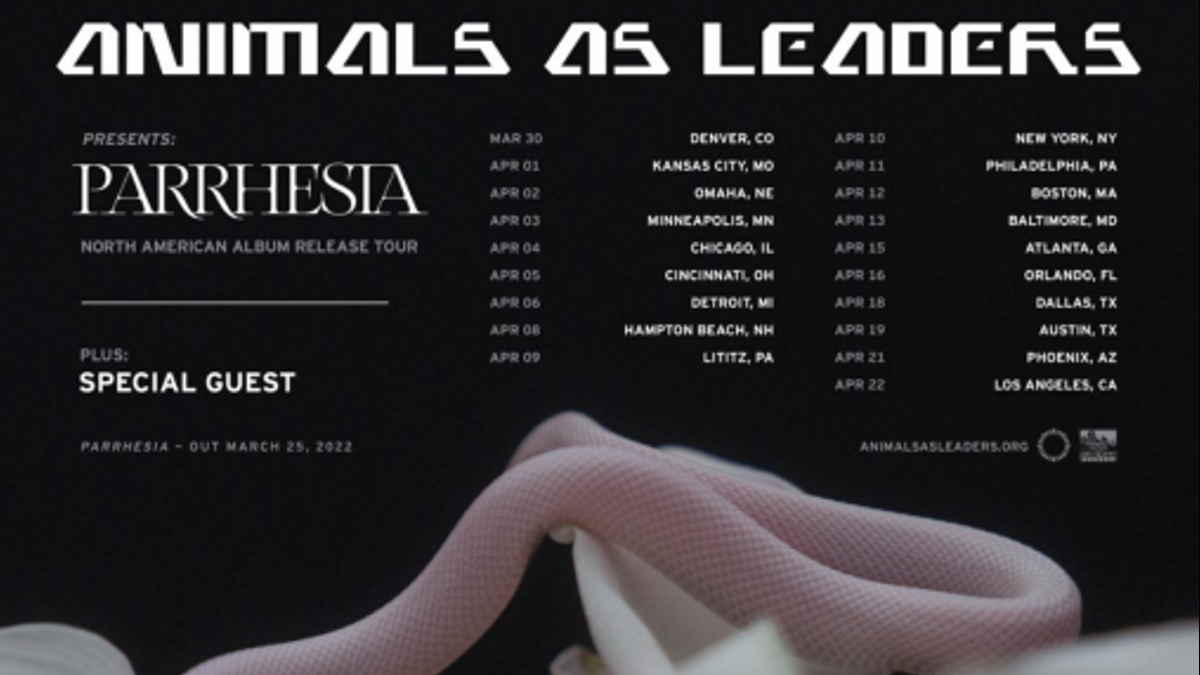 Animals As Leaders have announced that they will be hitting the road this spring for The Parrhesia Tour of the U.S. to promote the release of their new album.

The band will be releasing the new studio effort, which will be entitled "Parrhesia", on March 25th. The record will be the band's first new album in over six years.

The tour will visit 19 cities and feature two sets, including the band playing the "Parrhesia" album in its entirety. They will be kicking the trek off on March 30th in Denver, CO at the Summit Music Hall.

They will wrap up the tour on April 22nd in Los Angeles, CA at the Theater At The Ace Hotel. Tickets go on general sale on Friday, January 21st at 10am local time. See the dates below:

Animals As Leaders Returning With New Album and Share Video