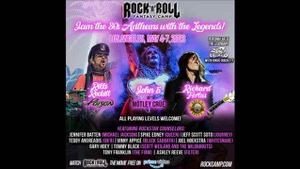 Camp will run from May 4th through 7th in Los Angeles, and will culminate with with two live performances by campers: one at the Viper Room on May 6th, and one at the Whisky a Go Go on May 7th. (continue) 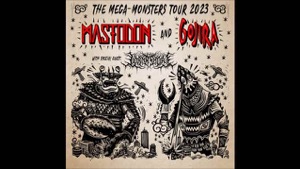 (hennemusic) Mastodon and Gojira have announced dates for a 2023 co-headlining tour of North America. "The Mega-Monsters Tour" will see the bands taking over arenas and amphitheaters throughout the spring and summer, alternating closing sets each night.

The spring leg of the series kicks off at the Veterans Memorial Coliseum in Portland, OR on April 18, and runs until May 11; a late summer trek serves as a second leg that runs August 9 through September 2; special guest Lorna Shore serves as direct support on all dates. (continue) 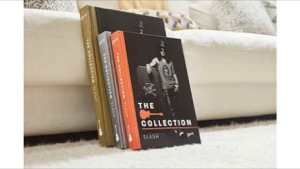 Due to the success of the premium Custom and Deluxe editions, Gibson Publishing announced a new Standard edition of The Collection: Slash.

The Collection: Slash Deluxe edition is presented in a Les Paul slipcase and measures 240 x 340 mm (9.45 x 13.39"). It includes a cover poster, four guitar art prints, and a certificate of authenticity. The initial print run of the Deluxe edition is hand-signed by Slash and is limited to 1,000 copies worldwide. (continue) 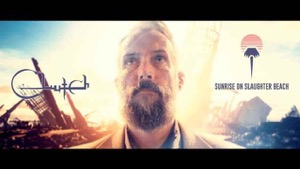 (hennemusic) Clutch has announced dates for a spring tour of North America. The "No Stars Above" series in support of the Maryland band's latest album, "Sunrise On Slaughter Beach", will open in Norfolk, VA on April 11 and wrap up May 18 in Sayreville, NJ.

"Our last show was just a month ago and we already have the itch to hit the stage again," says drummer Jean-Paul Gaster. "This time we head out with our friends Amigo the Devil and Nate Bergman. Check out the dates and get your tickets. We guarantee a night of good music and fun times. See y'all out there!" (continue) 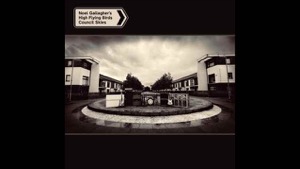 Directed by Colin Solal Cardo, the clip features actress Milly Alcock, who recently starred as Princess Rhaenyra Targaryen on the Game Of Thrones prequel House Of The Dragon, and includes a cameo by Gallagher.

"Easy Now" follows the recent release of the forthcoming record's lead single, "Pretty Boy." Due June 2, "Council Skies" will be the fourth full album release by Gallagher and company, and first since 2017's "Who Built The Moon?" (continue) 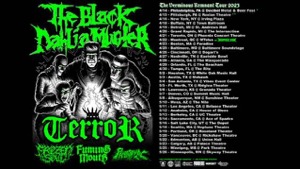 The Black Dahlia Murder will return to the stage this Spring on the Verminous Remnant Tour. The band's first trek following the tragic death of frontman Trevor Strnad will mark the close of the Verminous touring cycle and introduce a reformed lineup consisting of remaining and returning members of the band.

The journey will commence on April 14th with an appearance at the Decibel Metal & Beer Fest in Philadelphia, Pennsylvania and run through May 26th in Minneapolis, Minnesota.

Support will be provided by Terror, Frozen Soul, Fuming Mouth, and Phobophilic. Tickets go on sale this Friday, January 20th at 10:00am local time. See the dates (continue) 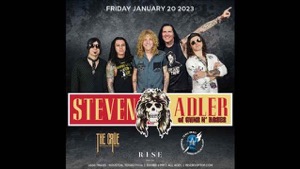 "Houston, prepare for liftoff!" announces Steven Adler of Guns N' Roses fame as he prepares to bring his solo band to Rise Rooftop in Southeast Texas on Friday, January 20th for an incredible recreation of the high-octane heavy metal that made Appetite for Destruction one of the biggest albums in the history of rock.

Guns N' Roses rocketed to fame from LA's Sunset Strip with their debut album Appetite for Destruction, which has sold over 30 million copies to date. Adler, or course, is credited by his bandmates as the anchor of that record.

"To Steven's credit, and unbeknownst to most, the feel and energy of Appetite was largely due to him," said GNR guitarist Slash in his autobiography. (continue) 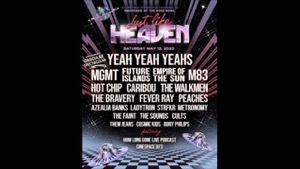 Yeah Yeah Yeahs and MGMT lead the lineup for the 3rd annual Just Like Heaven Fest that will be taking place in the foothills of Pasadena, Ca at Brookside At The Rose Bowl on Saturday, May 13, 2023..

MGMT plan a very special set at the event where fans will witness them perform their 2007 debut album "Oracular Spectacular" in full for the first time ever.

They will be joined by Future Islands, Empire of the Sun, M83, a special performance from the recently reunited The Walkmen, Hot Chip, Caribou, Fever Ray, The Bravery, Peaches, Azealia Banks, Ladytron, STRFKR, Metronomy, The Faint, The Sounds, and Cults. (continue) 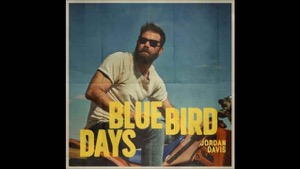 Jordan Davis Takes 'What My World Spins Around' To No 1

Jordan Davis has earned his fifth career No. 1 single with his co-penned hit, "What My World Spins Around" this week on the Billboard and MediaBase Country Airplay charts.

"Huge thanks to my friends at country radio and [the MCA] promo team for believing in this song," Davis shared with Billboard. "When Ryan, Matt and I wrote this song, there was always that little feeling in the back of my mind that this one might be special. Pumped that it's connected the way it has."

Written by Davis, Ryan Hurd and Matt Dragstrem, "What My World Spins Around" first premiered on the Today Show and was featured on the ACM Honors broadcast. "What My World Spins" around follows Davis' 2x Platinum, multi-week No. 1 "Buy Dirt," which he co-wrote along with his brother, Jacob Davis, and brothers Matt and Josh Jenkins; the same writing team behind Davis' brand-new song "No Time Soon," out this Friday, Jan. 20. (continue) 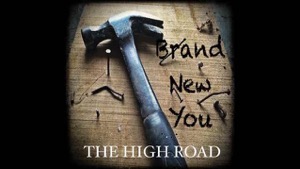 Singled Out: The High Road's Brand New You

Canada rockers The High Road just released a brand new country-rock anthem called "Brand New You" and to celebrate we asked Don Scott to tell us about the song. Here is the story:

I wrote Brand New You in late 2021. This song is about closing chapters. We've all had them in our lives. Some we've closed ourselves, others have been closed for us.

For me, throwing myself headlong into renovating an old house got me through a traumatic time in my life, one of those chapters, if you will. I remember those feelings and the need to find distraction in even the smallest thing. Painting walls, sanding floors, hanging new doors, whatever it took to get me through that day. Moving on without really moving on. (continue)