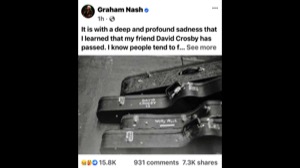 Music icon David Crosby of The Byrds and Crosby Stills & Nash (and the expanded Crosby, Stills, Nash & Young) fame has died at the age of 81, according to statement released by his wife, Jan Dance.

She wrote, "It is with great sadness after a long illness, that our beloved David (Croz) Crosby has passed away. He was lovingly surrounded by his wife and soulmate Jan and son Django.

"Peace, love, and harmony to all who knew David and those he touched. We will miss him dearly. (continue) 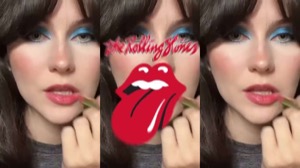 (hennemusic) The Rolling Stones have officially joined TikTok. With a new TikTok home @TheRollingStones, the move enables creators from around the world to access the band's full music catalogue on the platform, giving the TikTok community the ability to use the group's iconic tracks in their video creations.

To celebrate their onboarding, TikTok will be launching the official hashtag #TheRollingStones. Creators can get involved by sharing their best covers and remixes - whether it's a sped-up version or an acoustic rendition of their favourite song by the band - as well as clips of fans trying to move like Jagger, rock like Keith, or show off their best Stones-inspired looks.

Fans on TikTok can also enjoy a brand new guest playlist curated by the band, which features 44 hit tunes from their catalogue including "Start Me Up", "It's Only Rock 'N Roll (But I Like It)", "Miss You", "Angie", "Beast Of Burden", and more. (continue) 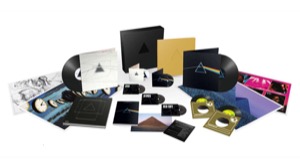 (hennemusic) Pink Floyd are marking the 50th anniversary of their 1973 classic, "The Dark Side Of The Moon", with a new deluxe box set, a book, a video animation competition and a planetarium show.

With more than 50 million copies sold worldwide, the project is one of the most iconic and influential albums ever; it was partly developed during live performances, and the band premiered an early version of the suite at London's Rainbow Theatre several months before recording began in 1972 and 1973 at EMI Studios (now Abbey Road Studios) in London.

Due March 24, the new deluxe box set includes CD and gatefold vinyl of the newly remastered studio album and Blu-Ray + DVD audio featuring the original 5.1 mix and remastered stereo versions. The set also includes additional new Blu-ray disc of Atmos mix plus CD and LP of "The Dark Side Of The Moon - Live At Wembley Empire Pool, London, 1974." (continue) 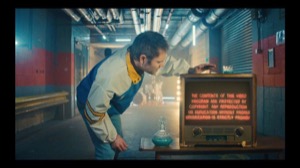 Enter Shikari have shared a music video for their new song '(pls) set me on fire', which is the lead single from their forthcoming album, "A Kiss For The Whole World" that arrives April 21st.

Rou Reynolds had this to say about the song and video: "I've not always been happy with our previous music videos, so figured I'd put my money where my mouth was and direct these ones myself.

"I wanted the '(pls) set me on fire' video to feel minimal and uncomplicated, which is actually the polar opposite of the next video. So, given that the main function of this video is really just to set up the next one, I think it came out f****** great." Watch the video here. 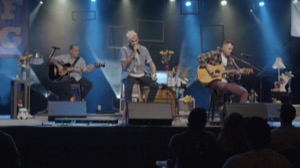 New Found Glory have shared a live performance of their song "The Story So Far" from the NFG Unplugged Total Request Livestream in 2021.

Originally released in 2002, "The Story So Far" has stood the test of time and remains one of the band's most popular tracks over 20 years later. The live recording, along with six other performances from the livestream, can be found on New Found Glory's upcoming acoustic album Make The Most Of It.

The group will be releasing their new acoustic album, Make The Most Of It, tomorrow January 20 via Revelation Records. The album features seven brand new tracks written in the wake of Gilbert's cancer diagnosis - previous singles "Dream Born Again" and "Get Me Home" - alongside seven live acoustic versions of fan favorites like "The Story So Far". (continue) 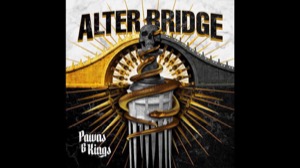 The clip marks the return of longtime video collaborator Dan Sturgess of Sturge Media - known for capturing the band's iconic performance with the Parallax Orchestra on "Alter Bridge: Live At The Royal Albert Hall."

"Holiday" is the fifth track issued from "Pawns & Kings", which the group recorded with producer Michael Baskette at Studio Barbarosa in Orlando, FL and was released last fall. (continue) 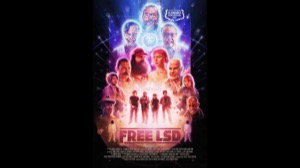 Ahead of the film's premiere next week as the closing selection at the 29th Slamdance Film Festival the group have shared a new music video for two of the album's songs "Time Will Come" and "L." (continue) 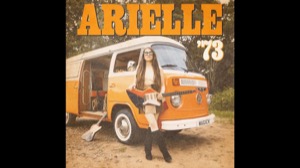 Award-winning American singer-songwriter and guitarist Arielle has released a music video for the title track to her new studio album, "'73", which will be released on April 20th.

The new album is a sentiment of love and an ode to her personal 1973 Volkswagen Bay Window Bus that Arielle lovingly refers to as Magick - a celebration of its 50 years of existence.

Mixing classic rock, the songwriting of the sixties, wanderlust, and plenty of The Who inspired guitar, Arielle's new studio album is set to stun. "I bought my bus because every time I step into it, I feel like it's a time machine," says Arielle. Every time I step in, it takes me back to '73." (continue)