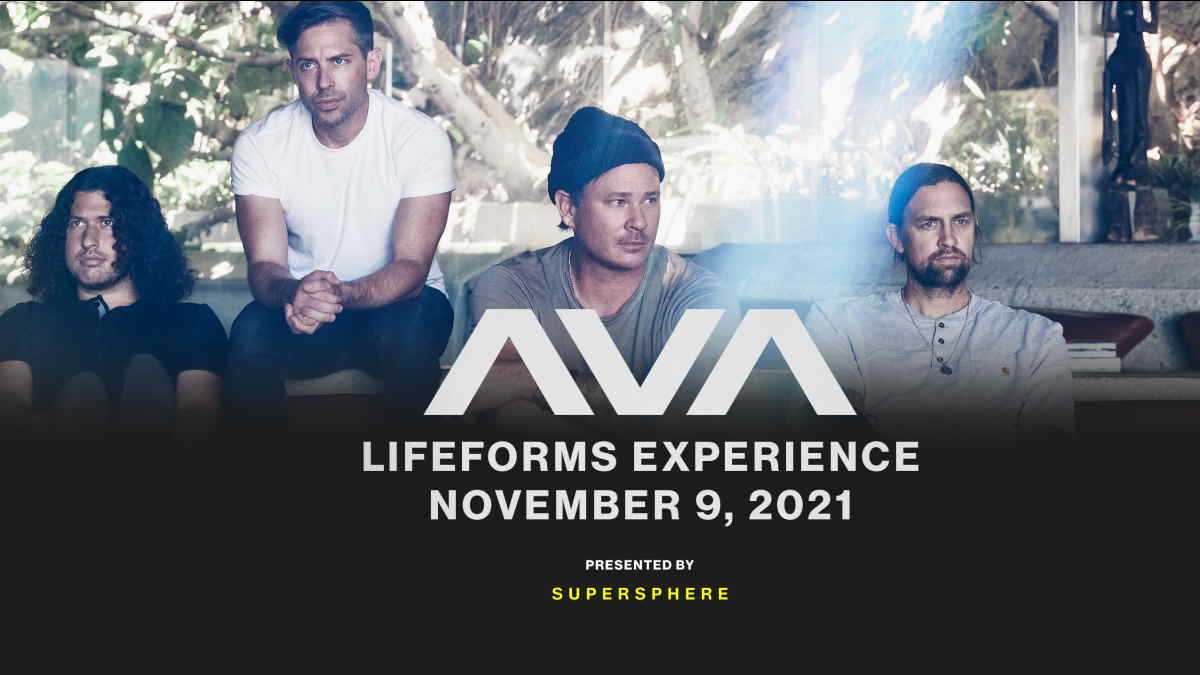 (Quality Produce) Angels & Airwaves (AVA) are extending their sold-out "Lifeforms" tour for an additional night by teaming up with Supersphere and streaming and ticketing platform Eluvio LIVE for a rare streaming concert on Tuesday, November 9, at 6 PM Pacific. Presented by Supersphere, the show will feature the Tom DeLonge fronted band performing material off their recently released album "Lifeforms" as well as favorites from their six album catalog.

"We're trying to do something special for this album and build an entire world for people to interact with," said Tom DeLonge. "We've always seen new technologies as opening up new opportunities, and we hope this experience is only the start of a new way to connect deeply with our fans."

Housing both the concert and NFT giveaway under one digital roof is made possible through Eluvio's dual ticketing and streaming platform. Eluvio's proprietary technology enables them to stream live video at 4K quality with very low latency, offering fans a high quality experience across a range of devices. And because that technology is built on blockchain, each ticket purchased is also a smart contract that in the future can be used to directly connect fans with exclusive shows, music, merch, or whatever AVA's expansive imagination can dream up.

"By tying streaming and blockchain capabilities together we're helping create more creative possibilities, revenue opportunities, and possibilities for fan engagement," said Eluvio Head of BD and Partnerships Americas, Dan Vecchi. "We can't wait to watch and support Angels and Airwaves as they bring their artistry and sound to fans around the world."

Leading the event team is Supersphere, who will bring their deep live, immersive media experience and technology to capture the show in ways that will immerse fans in the art they love. For example, through Supersphere fans will be able to seamlessly select from multi-camera angles during the concert broadcast.

"Our mission is to bring fans closer to the artists they love, and bringing this concert to AVA's passionate fan base through a groundbreaking technology like Eluvio is the kind of experience we strive for. Eluvio LIVE allows us to easily bring the emerging power of blockchain and NFT solutions for the music industry to fans" said Supersphere's Lucas Wilson.

Fans can purchase tickets for the "Lifeforms" concert and NFT giveaway now here.