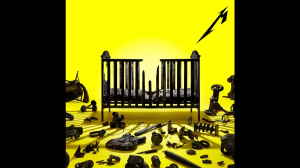 Latest Features and Reviews
Tyler Bryant & the Shakedown - Shake the Roots
All of the good things about Americana-tinged blues rock are here and new fans should be pleasantly surprised by Shake the Roots.

Hot In The City: The Who To Rock Phoenix
Our spotlight on the Arizona music scene has really big news ---superstars The Who have added a Phoenix date to their fall North American tour!

Live: The Killers Rock Chicago
The Killers tore through twenty-two songs in two-hours to a sold-out crowd at the United Center. The indoor confines really helped the interaction with the crowd as well.

Quick Flicks: Schemers
"Schemers" is a fast-paced and fun film about how a young man builds a concert promotion business after an injury to his leg causes him to realize that he'll never be a professional football (soccer) player

Pink Floyd - Animals 2018 Remix
Pink Floyd's Animals was given the remix treatment in 2018 and is now available in 5.1 Surround Sound for the first time.

Quick Flicks: The Beatles and India
Many fans of the Fab Four know that the Beatles spent time in India in the late 1960s, seeking spiritual enlightenment, and for George Harrison in particular, seeking knowledge of the Indian music that he was fascinated by

Graham Nash - Live: Songs for Beginners and Wild Tales
After decades of enjoying the original studio albums fans now have a chance to revisit these great records here where Nash plays both albums in their entirety and in order

Road Trip: Temple of Poseidon, Greece
The ancient Greeks couldn't have picked a better location to erect a monument to honor Poseidon, the god of the seas in Greek mythology.

Caught In The Act: I Love The 90's Tour
Rob Grabowski caught the "I Love The 90's" tour Featuring Vanilla Ice, Coolio, Rob Base, Color Me Badd, Tone Loc, and Young MC In The Act during show at RiverEdge Park in Aurora, Ill on Sunday, August 7th. Check out Rob's great photos!

5 Star: Alan Parsons - From the New World
Parsons returns with an excellent new album that will please his longtime fans and bring new ones into the fold.

Lollapalooza 2022 - Day Three Report
Lollapalooza begins to reach its peak on Saturday every year. It is the third of four days and the first day of the weekend for many, so the festivals streets tighten, and the crowds are much larger earlier in the day

Lollapalooza 2022 - Day Two
Day two at Lollapalooza was one of the best in the festival's history. Women ruled the day with expressive, gut wrenching and uplifting performances that remind us that behind every problem in the world is a woman who can fix it

Chuck Wright - Chuck Wright's Sheltering Sky
Wright has been a sideman for everyone from Alice Cooper to Slash to Gregg Allman but the bassist is perhaps best known for his work as a member of Quiet Riot.

Metallica Tops Lollapalooza 2022 Day One
Lollapalooza's four-day festival makes it distinctive and an outlier, especially with a backdrop of the city and the first day did not disappoint.

On The Record: Brian May - Another World
Here's a reissue of the long out of print second solo album from Queen guitarist Brian May, originally released in 1998.

Caught In The Act: The Tubes Live In Chicago
Special guest photographer Roman Sobus caught The Tubes In The Act during show at Park West on Saturday, July 9, 2022, in Chicago.

Live: Festival d'ete de Quebec Day 11: A Whole Lotta Soul - Rage Against The Machine, Alexisonfire, more
Day 11 of Quebec City's annual musical celebration saw an unexpected display of power from some very soulful acts as well as powerhouse shows from Alexisonfire and Rage Against the Machine.

Past Day In Rock Reports

Singled Out: Luke Warm and The Cold Ones' Paradise Lost