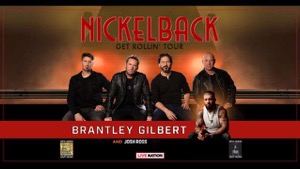 Nickelback have announced that they will be hitting the road this summer for their 2023 Get Rollin' Tour of North America with support from Brantley Gilbert and Josh Ross on the headline dates.

The Canadian rockers will be launching the trek to promote their recently released 10th studio album, "Get Rollin'", which marked the group's first new album in five years. (continue) 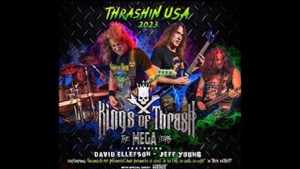 Kings Of Thrash, featuring former Megadeth stars David Ellefson and Jeff Young, have announced the first leg of their 2023 world tour, where they will revisit two classic Megadeth albums across the U.S..

The THRASHIN' USA tour will include support from Hatriot. It will kick off on February 16th in Joliet, Illinois at The Forge and will wrap up on March 15th in Atlanta, GA at The Masquerade.

Fans will be treated to Ellefson and Young, along with vocalist/guitarist Chaz Leon and drummer Fred Aching, performing Megadeth's "Killing Is My Business...and Business Is Good" and "So Far, So Good...So What" albums in their entirety. (continue) 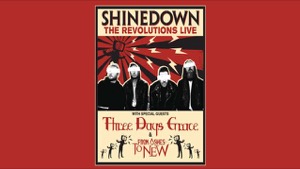 Shinedown have announced that they will launching The Revolutions Live Tour of the U.S. this spring with support from Three Days Grace and From Ashes to New.

The Revolutions Live Tour will include 21 stops and is set to kick off on April 3rd in Saginaw, Michigan on April 3 at The Dow Event Center and will wrap up on May 9th in Portland, OR at the Moda Center. (continue) 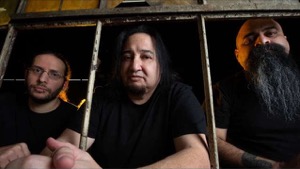 Fear Factory have re-signed their contract with Nuclear Blast Records and are ushering in a new era. Initially signed to the label in 2013, the band have since released the albums Genexus, Aggression Continuum, and Recoded.

Dino Cazares had this to say, "This is a new year and a new chapter for Fear Factory. We are off to a great start because we have re-signed with Nuclear Blast Records and our A&R legend Monte Conner, who originally signed the band in 1992. (continue) 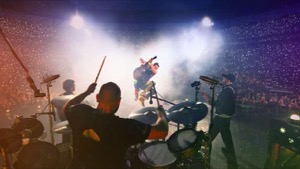 Coldplay have announced their return to the U.S. and Canada with a special west coast run of stadium dates as part of their Music Of The Spheres World Tour.

The band will bring their spectacular stadium show to Seattle, Vancouver, San Diego and Los Angeles this September, where they will perform classic hits such as "Yellow", "Viva La Vida", "Clocks", "A Sky Full Of Stars" and "My Universe" in stadiums bursting with lasers, fireworks and LED wristbands. (continue) 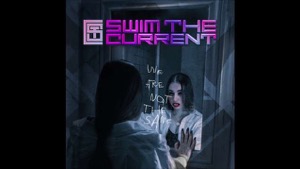 Swim The Current have released a music video for their brand new single "We Are Not That Same", that features a guest appearance from Marcos Leal of III Nino.

Swim the Current is a project founded by guitarist Greg Antine. Antine knew an infusion would be his creation and together with the professional talents of bassist - George Pond (Disciples Of Verity); drummer - Chris Moore (Ultraphonix); guitarist - Joe Gareri (Joe Gareri Project the music written, recorded, and produced would result in a rock music experience. (continue) 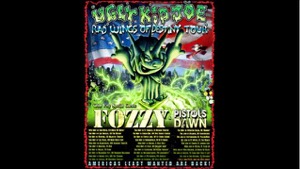 Following the release of their brand-new album Rad Wings of Destiny, Ugly Kid Joe have announced they are hitting the road for their first U.S. tour in 27 years!

"America's Least Wanted are coming home!" commented UKJ frontman Whitfield Crane. "It's been a long time coming, but we are stoked to be touring the U.S. again. Let the radness begin!" (continue) 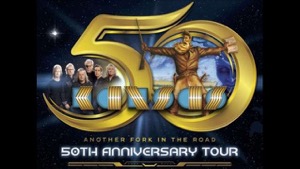 Kansas 50th Anniversary Tour - Another Fork in the Road is scheduled to premiere on June 2, 2023 in Pittsburgh, PA and conclude on January 28, 2024 in Fort Lauderdale, FL. (continue) 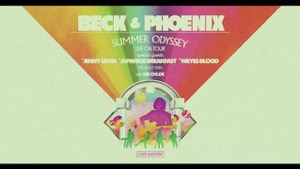 Beck and Phoenix Teaming Up For Summer Odyssey 2023 Tour

Beck and French band Phoenix have announced that they will be teaming up for a special co-headline Summer Odyssey tour across the U.S..

Produced by Live Nation, the 19-city run kicks off on Tuesday, August 1st in Seattle at Climate Pledge Arena, with stops in Los Angeles, Las Vegas, Houston, Boston, New York, and more before wrapping up on Sunday, September 10th in Columbia at Merriweather Post Pavilion. (continue) 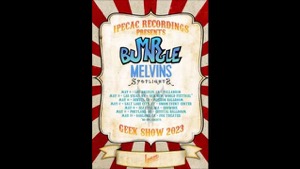 "The Geek Show tours of the past were some of the best live show experiences I've ever had," says Mike Patton. "Hanging out with friends that are also some of my favorite musicians is a great way to spend a couple weeks. This iteration is a mindblower. You will want to be the first one there and the last to leave this party! The mighty Melvins and Spotlights will prove to be a challenge for Mr. Bungle to follow. I only wish we could take this package around the globe." (continue) 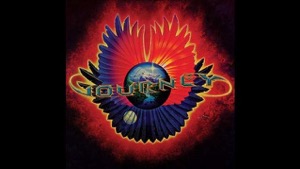 The 45th anniversary of Journey's break through "Infinity" album is being celebrated by the syndicated radio show In The Studio With Redbeard: The Stories Behind History's Greatest Rock Bands.

"With their 1978 breakthrough album, Infinity, some rock writers even today attempt to reduce the remarkable transformation by the San Francisco band Journey as 'talented, veteran, but commercially struggling group hires world-class singer, which anybody would recognize; shortens song arrangements; and instantly becomes the biggest band in America'. 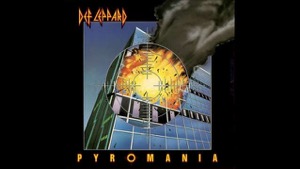 (hennemusic) Def Leppard are launching a year-long celebration of their 1983 album classic, "Pyromania", in sync with the 40th anniversary of its release on January 20.

Produced by Mutt Lange and introduced with the lead single, "Photograph", the UK band's third album would deliver a series of hits while going on to break Def Leppard in several countries - including America, as the project hit No. 2 on the Billboard 200 on its way to sales of more than 10 million copies in the region. (continue) 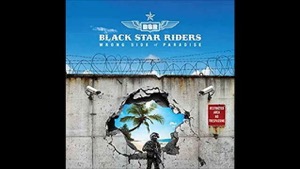 (hennemusic) Black Star Riders are streaming their new album, "Wrong Side Of Paradise", in sync with its January 20 release.

The UK band's fifth record was recorded in the autumn of 2021 at Studio 606 in Northridge, CA and Toochtoon Sound in Redmond, OR with producer and longtime BSR associate Jay Ruston. 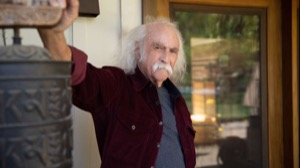 Neil Young has shared a tribute to his Crosby, Stills, Nash & Young bandmate David Crosby (also of the Byrds and Crosby, Stills & Nash), who passed away last week at the age of 81.

Young wrote via his official website, "David is gone, but his music lives on. The soul of CSNY, David's voice and energy were at the heart of our band. His great songs stood for what we believed in and it was always fun and exciting when we got to play together. 'Almost Cut My Hair' 'Dejavu', and so many other great songs he wrote were wonderful to jam on and Stills and I had a blast as he kept us going on and on. His singing with Graham was so memorable, their duo spot a highlight of so many of our shows. (continue) 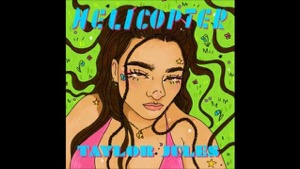 Los Angeles based singer-songwriter and multi instrumentalist Taylor Jules just released her new single, "Helicopter", and to celebrate we asked her to tell us about the song. Here is the story:

I am excited and proud to release "Helicopter," which will be my first single in a set of eight releases. "Helicopter" was inspired by the ebb and flow of fleeting romances and the conflicting emotions of living in the moment and experiencing the thrill and joy of being with this person you are fiercely attracted to, against the knowledge that the end of the relationship is imminent. While you are in the relationship, you know its fate is sealed and the person is going to "fly away one day." You can anticipate the heartache, but with this relationship, you feel almost compelled to enjoy it while it lasts. We have all had those situations. I wanted to explore the pull of those relationships where you stay with the person or keep letting them back in your life when they are not good for you or maybe even toxic. Is it the chemistry? Am I too scared to end the relationship? Am I crazy? I don't care if I'm crazy because I just want to be with that person now. Sometimes you just can't help yourself. Many of my songs address relationships that didn't work out, but "Helicopter" approaches a failed relationship from a different perspective. (continue)